Dr Neil Hudson Aggett was a medical doctor and trade union organiser, and the first white person to die in detention during apartheid. On 5 February 1982, Aggett was found hanging in his cell at John Vorster Square, after 70 days in police custody. An initial inquest in 1982 ruled his death the result of suicide. Almost three decades later, based on new evidence, a reopened inquest was ordered on 16 August 2019. The re-opened inquest commenced on 20 January 2020 in the South Gauteng High Court of Johannesburg.

Neil Aggett was born on 6 October 1953 in Nanyuki, Kenya to Joy and Aubrey Aggett, one of three children. Aggett spent most of his early childhood in Kenya, before the family moved to South Africa in 1963. He matriculated from Kingswood College in Grahamstown in 1970. In 1971, he enrolled at the University of Cape Town for a degree in medicine, which he completed in 1976. Later in 1976, Aggett moved to Johannesburg, where he began working as a doctor in several black townships including Soweto, Mthatha and Thembisa.

As a doctor, Aggett saw first-hand the poor living and working conditions of his patients. He became increasingly convinced that healing medical symptoms must be complemented by improving the general environment of the communities he was treating. As a result, he began working with trade unions to improve the lot of black workers. Aggett began an unpaid position as an organiser for various trade unions, particularly the Transvaal Branch of the African Food and Canning Workers’ Union (now the Food and Allied Workers’ Union). In addition to organisational work, he also used his own money to further the workers’ cause, such as to help transport union representatives to meetings. He would take additional weekend night shifts at the hospital to support himself.

In 1979, Aggett led a strike and boycott of food company, Fatti’s & Moni’s, who had been involved in a dispute with workers for many months. In 1981, he took part in the Langa Summit, a large-scale meeting of various trade unions to align their political efforts in fighting apartheid. At this time, unions were often at the forefront of the resistance movement, as they were permitted to protest and go on strike.

On 27 November 1981, Aggett and his partner, Dr Elizabeth Floyd, were seized by members of the Special Branch. They were detained under section 6 of the Terrorism Act 83 of 1967 and taken to John Vorster Square. At the station, Aggett was repeatedly interrogated and tortured by several Special Branch officers, including Stephan Whitehead and Benoni Cronwright. After 70 days in detention, on 5 February 1980, Aggett was found dead in his cell, hanging from his kikoi scarf (a type of African fabric scarf).

On 11 February 1982, an estimated 90 000 workers from various trade unions, including 15 000 from the African Food and Canning Workers’ Union, downed tools in solidarity. Aggett’s funeral two days later, organised by the Transvaal Medical Society of Baragwanath Hospital, was attended by 500 people. An estimated 2000 people attended his funeral service in St Mary’s Cathedral in Johannesburg. A further 15 000 people honoured his hearse on its way to his final resting place at West Park Cemetery.

Aggett’s detention and death contributed to the establishment of the Detainees’ Parents’ Support Group (DPSP). This organisation dedicated itself to challenging the government’s policies on family access to detained persons. They also monitored the conditions of prisons, and collected evidence of torture and murder at the hands of the police. Aggett’s sister, Jill Burger, became an active member.

Aggett’s death and the subsequent inquest also garnered wide-scale attention beyond the borders of South Africa. International condemnation for the apartheid State poured in. Perhaps for this reason, the Secret Police appeared to change its interrogation practices. Subsequently, the deaths of political prisoners were largely handled by secret hit squads, far from the police cells and away from the eyes of witnesses.

At the time of his death, Aggett was 28. He was the 51st person, and the first white South African, to die in detention in the apartheid State.

Aggett had been on the police’s radar for some time before his eventual arrest in November 1981. For 6 months before his arrest, he had been under almost constant surveillance. When the Special Branch of the South African Police (SAP) arrested Barbara Hogan, a white woman and confirmed member of the banned African National Congress (ANC), they also uncovered a list of ‘Close Comrades’ – which included Aggett.

On 27 November 1981, Aggett and his partner, Dr Elizabeth Floyd, were arrested and taken to the Security Branch office at John Vorster Square. During his detention, Aggett wrote to the magistrate responsible for overseeing detainees, AGJ Wessels, that he was being tortured. However, his complaint was only investigated several weeks later. Aggett told his fellow inmate, Auret van Heerden of his ill-treatment. However, the inspector of detainees, Abraham Mouton, was denied access to him. On a day Mouton was on site, he was told that Aggett was ‘unavailable for an interview’. This was one of the very days Aggett was being interrogated and presumably tortured on the 10th floor. A few days later, Magistrate Wessels would be given the same excuse when he visited the police station. On 5 February 1982, Aggett was found dead in his cell.

In her book, Death of an Idealist: In Search of Neil Aggett, author Beverley Naidoo (Aggett’s cousin) suggests two possible scenarios as the cause of death:

As a result of the unnatural cause of death, the Aggett family requested an inquest. On 21 December 1982, the inquest began, presided over by Magistrate Pieter Kotze. Although the Aggett family was unconvinced that Aggett had taken his own life, they permitted their legal counsel, Advocate George Bizos, to argue a case of ‘induced suicide’. This allowed a wider body of evidence into the hearing, including the testimony of other detainees, which helped build a case of police brutality. Former Director General in the Presidency, Frank Chikane, was one of the witnesses to testify at the hearing. Chikane stated having seen a ‘marked change’ in Aggett, due to intense interrogation and torture, resulting in him going from a healthy young man to a ‘man who had been broken’.

Aggett’s post-mortem examination showed that he had been handcuffed, electrocuted, and severely abused. It also transpired that he had been interrogated for 62 hours continuously before his death. Several of his fellow detainees testified to having seen him tortured at the hands of the police, particularly by Whitehead and Cronwright. Despite this, no one was charged with torture, and his death was ruled as suicide by the magistrate. Additionally, the magistrate also appeared to place some blame on Aggett’s fellow inmate, van Heerden, for not alerting the officers to Aggett’s suicidal intentions. In his 1998 book, No One to Blame, Adv Bizos revealed it was later discovered that his office had been bugged. This meant the police probably had forewarning of the questions they would be asked, and had prepared their answers – making the uncovering of the truth much more difficult.

Aggett’s case came before the Truth and Reconciliation Commission (TRC) in 1998. The TRC found that there was an overwhelming body of evidence that the actions of Whitehead, Cronwright, and Wessels had induced Aggett’s suicide. Whitehead’s and Cronwright’s harsh interrogation had caused severe physical and mental breakdown. And Wessels’ slow response to Aggett’s complaint of torture and failure ‘to take the complaint seriously [was] an omission that led to his death’. Whitehead, Cronwright, Wessels, and Aggett’s other interrogators did not apply for amnesty with the Amnesty Committee.

In 2012, the Mail & Guardian newspaper reported that while Cronwright had died sometime in the 1980s, Whitehead was alive and well. He had become a wealthy cyber security expert, who was believed to have contracts with the government. A controversial report in 2015 by the Sunday Times detailed payments ‘totalling R4 million from government entities between 2007 and 2014’.

In 2013, Beverley Naidoo released Death of an Idealist: In Search of Neil Aggett. This biography, along with the interest it generated, prompted the creation of the Neil Aggett Support Group (NASP). The NASP, with the support of the DPSP and civil society organisations such as the Foundation for Human Rights (FHR) and the South African Coalition for Transitional Justice (SACTJ), announced that it would lay a private charge of culpable homicide against Whitehead, as Aggett’s primary torturer. On 27 November 2013, the group formally lodged their legal action at the Johannesburg Central Police Station.

In July 2013, the Aggett family received a letter from then Minister of Justice Jeff Radebe that the National Prosecuting Authority (NPA) and the Hawks would launch a preliminary investigation into Aggett’s death. At the time, the Mail & Guardian reported that:

Despite the minister’s assurances, the Aggett family harboured doubts about the State’s commitment to the case. Over the next few years, the Aggett family and the NASP applied increasing pressure on the NPA and the Department of Justice to prosecute Whitehead and others.

On 3 May 2019, then Minister of Justice Michael Masutha announced that the NPA would reopen the inquest into Aggett’s death. However, for administrative reasons, the NPA delayed doing so. The NPA ultimately relented as a result of significant pressure from the Aggett family and the family of Dr Hoosen Haffejee, another detainee who had died in police custody. In the meantime, Whitehead, the person of primary interest to the case, died on 23 April 2019, having never been brought to justice.

On 13 September 2019, Aggett family attorneys, Webber Wentzel, acting pro bono, met with representatives of the NPA, as well as Judge Motsamai Makume of the South Gauteng High Court. The date of 20 January 2020 was set for the reopening of the inquest, presided over by Judge Makume. Six weeks were set aside for the hearing.

The inquest commenced on 20 January 2020 with opening statements by the NPA, Adv Howard Varney appearing as counsel for the Aggett family, and counsel representing former Security Branch police officers, Detleefs and Venter. The first three weeks of the inquest were predominantly concerned with the testimonies of former political detainees, who had been held at John Vorster Square at the same time as Aggett. These witnesses provided detailed accounts of their harrowing experiences there. Their testimonies clearly pointed to a pattern of torture, which became normalised to the extent that it was a standard method of extracting information.

On 21 January 2020, the Court, the parties, media representatives, and others attended an inspection in loco at John Vorster Square. The group visited the 9th and 10th floors, where political detainees were interrogated. A smaller group also participated in the inspection of cells on the 2nd floor, where political detainees were kept. It was on this 2nd floor that Aggett had allegedly hung himself. A simulation was undertaken to establish the likelihood of Aggett being able to hang himself using a kikoi scarf.

The witnesses who have appeared in the Aggett inquest to date include:

The full records from the Aggett inquests can be accessed below by clicking on the relevant title. The hyperlink will re-direct you to the Google Drive folder. You can download the relevant documents from there:

a) HoA by the Aggett Family 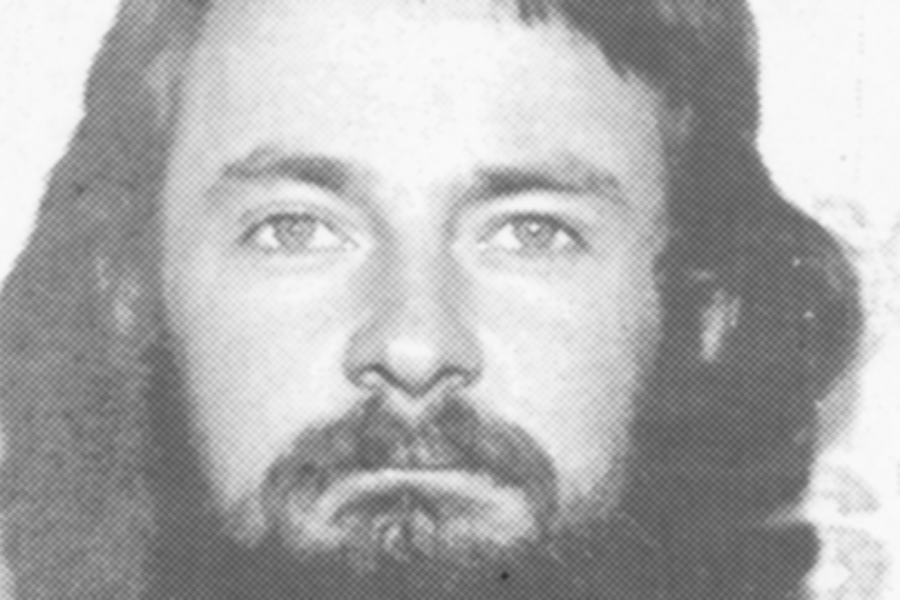 Aggett is born
Aggett qualifies as a doctor and begins work in various townships
Aggett begins working for labour unions as an unpaid organiser
Aggett is arrested
Aggett dies in police detention
Inquest rules cause of death as suicide
Cronwright, one of the detaining officers, dies
TRC recommends holding several perpetrators responsible for torture and induced suicide. No one applies for amnesty
Priority Crimes Litigation Unit of NPA is created
The TRC’s final report is released, stressing the need for a ‘bold prosecution policy’ in cases where amnesty has been refused
The President of SA addresses Parliament on the need for criminal accountability in TRC cases
NPA releases amendments to Prosecution Policy, effectively creating ‘backdoor amnesty’
Preliminary investigation opened by the NPA and the Hawks
A selection of TRC cases, including Aggett’s, are placed before the NPA for further investigation and prosecution
Minister of Justice announces inquest will be reopened
Whitehead, last person of material interest to the case, dies
Inquest date set for January