Nokuthula Aurelia Simelane was abducted, tortured, and forcibly disappeared by members of the Security Branch of the South African Police (SAP) in 1983. In 2001, the Truth and Reconciliation Commission’s (TRC’s) Amnesty Committee granted some of the perpetrators amnesty for Nokuthula’s abduction, but none of the perpetrators applied for amnesty for her murder. In 2016‚ a prosecution was brought against Willem Coetzee‚ Anton Pretorius‚ Frederick Mong, and Msebenzi Radebe‚ formerly of the Soweto Special Branch police‚ for their alleged roles in her murder. The case was delayed when the defendants requested the South African Police Service (the successor of the SAP) to pay their legal costs. In January 2020, the accused appeared in court. The trial has been scheduled for 5-30 October 2020.

Nokuthula Simelane was born in 1960 in Mzinoni Township near Bethal, Mpumalanga to Sizakele Ernestina and Matthew Simelane, one of four children. While a student at the University of Swaziland, Simelane joined the Transvaal Urban Machinery Unit of uMKhonto weSizwe (MK), the armed branch of the African National Congress (ANC). Simelane is believed to have undertaken underground work for MK, performing courier services between Swaziland and South Africa. She disappeared sometime in 1983, after having been abducted, tortured, and presumably murdered.

During an underground operation for the ANC, Simelane met Norman L Mkhonza, a person she believed to be a fellow MK member. However, unbeknownst to Simelane, Mkhonza was in fact an ‘askari’ – a former MK member turned state operative – with connections to the Soweto Intelligence Unit (SIU) of the South African Police (SAP). On 10 September 1983, Mkhonza arranged to meet Simelane in the underground parking lot of the Carlton Centre in Johannesburg. Mkhonza then alerted the Commander of the SIU, Willem Helm Coetzee, of this meeting. The information was also relayed to the overall commander of the Soweto Security Police, H Muller, who ordered Simelane’s abduction, in the hopes of turning her into a police asset.

A group of police officers including Coetzee, Anton Pretorius, J F Williams, J E Ross, Moleke Peter Lengene, Frederick Barnard Mong, M L Selamolela, Msebenzi Timothy Radebe, and Mkhonza apprehended Simelane. She was placed in the boot of a car, and taken to the ‘Custodum’ Flats in Norwood, where the Security Police had an operational office. Williams, Ross and Mkhonza ceased their participation in proceedings, while MM Veyi joined the group. At Custodum, Simelane was subjected to repeat interrogations and various forms of torture.

Sometime later, Simelane was transferred to a farm in Northam, in present day North West province. Here, she was detained for a further 4-5 weeks, and subjected to more interrogations and torture. Her whereabouts from this point become unclear, although a statement by Veyi indicates that Coetzee and Pretorius shot and buried Simelane somewhere in Rustenburg.

On discovering her disappearance, Simelane’s family made enquiries at the borders of South Africa and Swaziland, but could find no record of her. The family also made enquiries with the ANC, and in neighbouring countries. Unable to discover her whereabouts, or find her remains, the family reported her missing to the police in both South Africa and Botswana. In the three decades since, Simelane’s fate has yet to be conclusively determined.

In 1996, two years after the transition to democracy, the Sowetan newspaper published two articles on Simelane, appealing for information from members of the public. Perhaps in response to these, and to the Simelane family’s repeat requests for information, a police docket was opened in 1996 by the Priority Crimes Unit of the Johannesburg Central Police station. The crimes to be investigated were kidnapping and murder. Under the leadership of Captain Leask, the matter was investigated and statements gathered from several witnesses. However, no further action was taken on the case, as it was then transferred to the Amnesty Committee of the Truth and Reconciliation Commission (TRC).

The amnesty hearing commenced on 3 June 1997. Coetzee, Pretorius, Williams, Ross, Mong, Mkhonza, Veyi, Selamolela, Radebe, and Willem Schoon, the Commander of the Security Branch C1 Section, applied for amnesty for abduction, torture, and other related crimes. None of the applicants applied for amnesty with regards to Simelane’s murder. On 23 May 2001, amnesty for abduction was granted to all those who had applied for it. In addition, Selamolela and Veyi were granted amnesty for torture. Amnesty for torture was not granted to Coetzee, Pretorius, and Mong, on the basis that they had failed to make a ‘full disclosure of all relevant facts’ as required by section 20 (1) (c) of the Promotion of National Unity and Reconciliation Act 34 of 1995 (the TRC Act). With Coetzee, Pretorius and Mong having been denied amnesty for torture, and Radebe and Schoon never having applied for it, these individuals could be held accountable for crimes under South African law, as well as crimes against humanity for the enforced disappearance, torture and/or likely murder of Simelane.

The work of investigating and prosecuting the matter would fall to the TRC component of the National Prosecuting Authority (NPA), a department created by then National Director of Public Prosecutions (NDPP), Bulelani Ngcuka, in 1998. Additionally, on 23 March 2003, the Priority Crimes Litigation Unit (PCLU) within the NPA was created by Presidential Proclamation. As its name suggests, this unit was tasked with the identification and subsequent prosecution of priority cases, chosen from the 500 or so cases previously reported by the TRC. 150 cases were identified for immediate investigation, including Simelane’s.

Notwithstanding its stated mandate, the PCLU did not in fact proceed with prosecutions in the Simelane case in 2003, stating that it was in the middle of finalising policies for doing so. Until this finalisation could take place, a moratorium on pursuing such cases was declared. In 2004, at the behest of several families of apartheid-era victims, the Foundation for Human Rights (FHR) made a submission to the NPA for further action to be taken. However, despite many rounds of correspondence, little action was taken.

In 2005, the new amendments to the NPA’s Prosecution Policy were revealed. To the Simelane family’s dismay, these amendments effectively created a ‘backdoor amnesty’ in which perpetrators could not be pursued. Simelane’s sister, Thembisile Phumelele Nkadimeng Simelane, along with the widows of the Cradock Four, challenged these new policies in the High Court of Pretoria (see Nkadimeng & Others v The National Director of Public Prosecutions & Others TPD case No 32709/07, known as the Nkadimeng case). In 2008, the Court struck down the NPA’s amendments, declaring them to be absurd and unconstitutional. The Court rejected the NPA’s argument that victims could pursue private prosecutions, noting at paragraph 16.2.3.3 of its judgment that ‘…crimes are not investigated by victims. It is the responsibility of the police and prosecution authority to ensure that cases are properly investigated and prosecuted’.

Concurrent to the Nkadimeng case, an official enquiry was held in 2007/2008 to determine the fitness of then NDPP, Advocate Vusi Pikoli, to hold position. The Simelane family contended that this enquiry resulted in further delays to the case.

Despite the Court striking down the NPA’s amendments in 2008, serious delays in prosecuting the matter occurred for the next few years. The NPA cited the South African Police Services’ (SAPS) failure to make investigators available, as well as the disappearance of the police docket, as reasons for the delay. In 2010, an investigator was appointed, and in 2012 the docket was recovered.

In 2013, on the 30th anniversary of Simelane’s disappearance, having seen little progress on the prosecutions, her family requested an inquest into her death instead. The NPA denied this request, citing incomplete investigations. Meanwhile, also in 2013, the skeletal remains of a young woman were discovered on the construction site of a new mall in Brits. A Missing Persons Task Team was sent to investigate and the remains were sent for forensic examination, but proved negative.

In 2015, Thembisile Nkadimeng filed an application before the High Court in Gauteng seeking an order to compel the SAPS to finalise their investigations, in order to allow the NPA to proceed with its case. The application revealed several instances of gross political interference within the NPA, as per the supporting affidavits of Advocate Vusi Pikoli and Anton Ackermann SC, former Special Director of Public Prosecutions in the Office of the NDPP and former head of the PCLU. The NPA officials stated that they had faced immense pressure from Cabinet ministers and the Commissioner of the SAPS to stop work on all TRC-related cases. A memorandum sent by Pikoli to then Justice Minister Brigitte Mabandla records improper interference that prevented Pikoli from properly carrying out his duties in relation to these cases.

Following the Nkadimeng application in 2015, on 8 February 2016, the NPA announced it would be prosecuting Coetzee, Pretorius, Mong and Radebe for Simelane’s murder and kidnapping. However, the prosecution case was further delayed by the SAPS’ refusal to pay the legal fees of the accused. The SAPS argued that the former officers had acted outside of the course and scope of their professional duties, and had carried out the kidnapping and presumed murder on their volition. The FHR supported an application by the four accused to compel the SAPS to cover their legal costs. The SAPS was ordered to do so by the Pretoria High Court in June 2018. However, in early 2019, Radebe passed away, having never faced justice.

Due to the immense delays in prosecuting the case, the Simelane family has come to believe that the SAPS, NPA, and the South African government, lack the political will to do so. In her Founding Affidavit, Thembisile Nkadimeng stated that the family had ‘lost all confidence in the prosecutors and police. They have betrayed our trust’.

On 6 June 2019, the Pretoria High Court granted a rule nisi calling upon all interested parties to show cause (if any) why an order that Simelane be presumed dead should not be made final. Thembisile Nkadimeng launched an ex parte application on 13 August 2019 for the finalisation of the presumption of death. Simelane’s death certificate was issued on 21 August 2019. 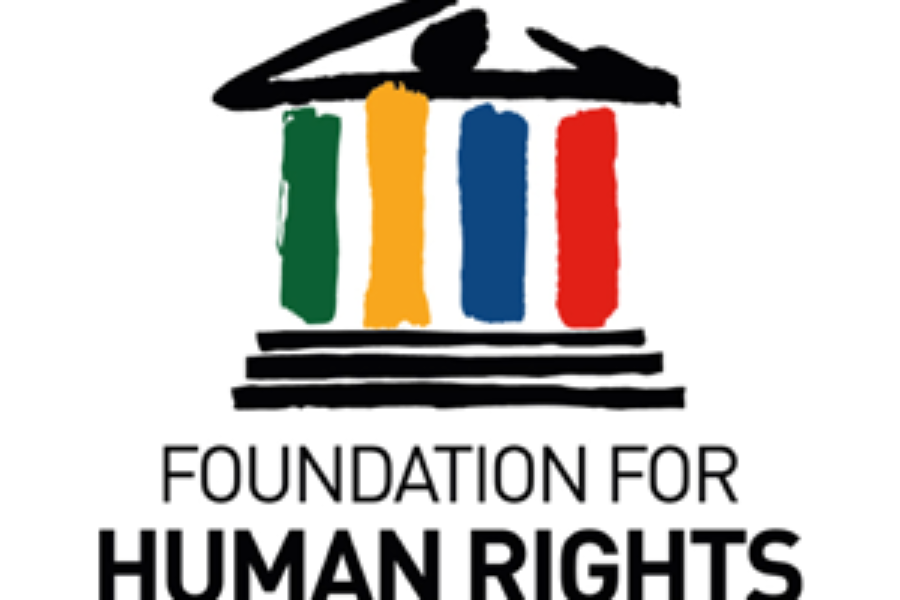 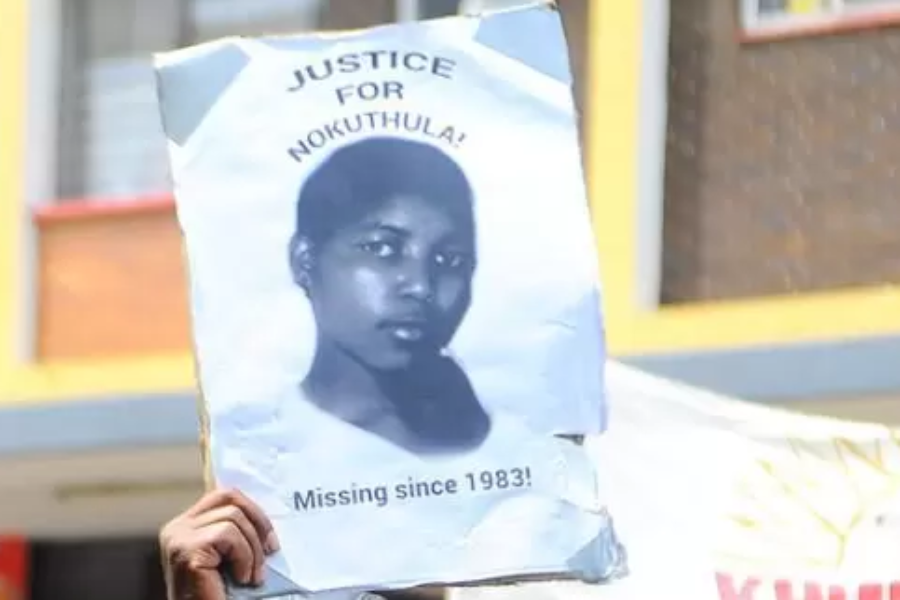 Press releases
Press Release by the family of the late Nokuthula Simelane: Nokuthula Aurella Simelane’s Case To Be Revisited After 39 Years 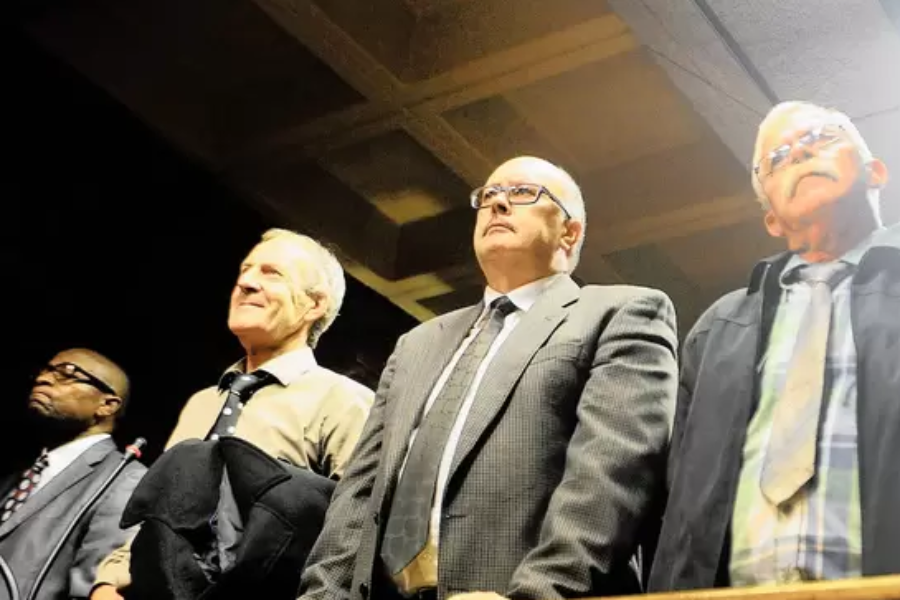 Simelane is born
Simelane is abducted, tortured, disappeared, and presumed murdered
Police docket is opened
Matter is referred to Amnesty Committee of TRC
Amnesty Committee grants all applicants amnesty for abduction. Applicants Selamolela and Veyi, are granted amnesty for torture
Priority Crimes Litigation Unit of NPA is created
The TRC’s final report is released, stressing the need for a ‘bold prosecution policy’ in cases where amnesty has been refused
The President of SA addresses Parliament on the need for criminal accountability in TRC cases
NPA releases amendments to Prosecution Policy, effectively creating ‘backdoor amnesty’
Simelane’s sister, Thembisile Nkadimeng, takes amendments to court
High Court of Pretoria strikes down NPA amendments to its Prosecution Policy
Investigating Officer is appointed to case. In the meantime, police docket is reported missing
Original docket is found
Remains of a young woman are found at construction site. Forensic evidence is negative
Simelane family requests inquest
Thembisile Nkadimeng files an application in the High Court for an order to compel the SAPS to finalise its investigations, and an order compelling the NPA for a decision
NPA announces it will prosecute four perpetrators for Simelane’s murder and Radebe for her kidnapping
A selection of TRC cases, including Simelane’s, are placed before the NPA for further investigation and prosecution
Radebe dies
High Court grants presumption of death