The Cradock Four is a collective name given to Fort Calata, Matthew Goniwe, Sicelo Mhlauli, and Sparrow Mkhonto. On 27 June 1985, on their way back to Cradock from Port Elizabeth, the four were arrested at a roadblock set by the Security Branch, assaulted, and murdered. In 1987, a first inquest concluded that the Cradock Four had been killed by ‘unknown persons’. Therefore, no one was prosecuted for assault or murder. A second inquest in 1993 found that the Cradock Four’s deaths had been caused by the police. However, no individuals were named responsible. Again, no one was prosecuted. In 1999, six former police officers involved in the Cradock Four’s arrest and murder appeared before the Amnesty Committee of the Truth and Reconciliation Commission (TRC), but none of them were granted amnesty.

Fort Calata was born on 5 November 1956. He developed an early interest in politics, as his grandfather, the Reverend Canon James Arthur Calata had been the Secretary General of the African National Congress (ANC) from 1936 to 1949. Calata was a trained teacher. In 1974, he met his wife, Nomonde, and the couple had three children. According to Nomonde Calata, in the early years of their marriage, her husband was arrested several times for his outspokenness against the poor conditions in his local community. In 1983, having been transferred from Dimbaza to Cradock, Calata took up a teaching post at the Sam Xhallie Secondary School, under newly appointed headmaster, Matthew Goniwe. Calata became a close friend and political ally of Goniwe’s. When Goniwe and others founded the Cradock Youth Association (CRADOYA), Calata was elected as its first secretary. He was also an active member of the United Democratic Front (UDM), then a banned anti-apartheid organisation.

Matthew Goniwe was born on 27 December 1947 in Lingelihle Township on the outskirts of Cradock in the Eastern Cape. He was the youngest of eight children born to Elizabeth and David Goniwe. Goniwe completed his teaching degree at the University of Fort Hare, before returning to the school he had attended as a child, Sam Xhallie Secondary School, as a teacher and later principal. In 1975, Goniwe married his wife, Nyameka. The couple had two children. In addition to being an academic, Goniwe also became a popular community leader in Cradock. Throughout the 1970s and early 1980s, he would be arrested several times under the Suppression of Communism Act 44 of 1950 for his interest in Marxism and communism. Goniwe and Sparrow Mkhonto were instrumental in the forming of CRADOYA and the Cradock Residents’ Association (CRADORA) in 1983. He was also elected as CRADOYA’s first chairperson, and served as the rural organiser for the UDM in the area.

Sicelo Mhlauli was born on 25 May 1949 in Cradock. He and Goniwe were childhood friends. As adults, both men found themselves drawn to the same profession – teaching. Mhlauli began his teaching career at the Tembalabantu High School in Zwelitsha in 1970, and later became a school principal in Oudtshoorn. In 1980, Mhlauli married Nombuyiselo Zonke, and the couple had three children. While working as a teacher, Mhlauli had several run-ins with the police over the latter’s treatment of the local community and school children.  As a principal, he was an active member of the Oudtshoorn Youth Organisation. He was also a member of the UDM. In June 1985, Mhlauli returned to Cradock to visit friends while his wife was attending a course in Port Elizabeth. As his old friend, Goniwe, was taking a trip to Port Elizabeth himself, Mhlauli was invited to join him. It is believed that on 27 June 1985, the day the Cradock Four were killed, Mhlauli was not present for any specific political reason, but was simply catching up with his friend.

Sparrow Mkhonto was born on 24 December 1951 in Cradock. Having left school after Grade 10, Mkhonto began working on the railways. Of the members of the Cradock Four, Mkhonto’s circumstances were perhaps the most difficult, with lower wages than those of the others. In 1972, he married his wife, Sindiswa, and the couple had one child. Dissatisfied with the working and living conditions in his community, Mkhonto joined the Railway Workers’ Union. He was also instrumental in the forming of CRADOYA and CRADORA. These political associations brought Mkhonto to the attention of the police, and on more than one occasion, he was arrested and questioned about his activities in the various organisations.

By the early 1980s, all four men were known to the police as outspoken critics of the apartheid regime. However, Goniwe and Calata were considered the most dangerous, as their influence in the UDM continued to grow. Both were rumoured to be under surveillance and/or on a secret police hit list. On 18 October 1983, to curb Goniwe’s influence, the Security Branch of the South African Police (SAP) ordered the Department of Education to transfer Goniwe out of Cradock. When Goniwe refused to comply and was subsequently fired, a mass student boycott of schools was organised. The boycott lasted for over a year.

In 1984, the police increased their efforts to rein the men in, and banned all CRADOYA and CRADORA meetings. The community responded by rioting, however, this was quickly suppressed. In 1985, after further community clashes with the police, an agreement was reached in which Goniwe would be reinstated, the students would return to school, and the community would cease rioting and/or boycotting white-owned businesses. However, one month after the agreement, the police raided the Lingelihle municipality. This turnabout exacerbated tensions and resulted in the residents forming street committees, with elected representatives who could mobilise on the residents’ behalf. This became known as the G-Plan or Goniwe’s Plan.

On 27 June 1985, the Cradock Four were arrested at a roadblock set by the Security Branch, assaulted, and murdered. They were on their way back to Cradock from a business trip to Port Elizabeth.

The bodies of all four men were returned to Cradock, where a mass funeral was held. It was attended by thousands, who came from all over the country to pay their respects. The government became alarmed at the mass gathering, and a State of Emergency was declared, with hundreds of mourners arrested. Subsequent to the Cradock Four’s deaths, their families would undergo many more years of police surveillance and harassment.

In the latter half of 1985, the Cradock Four, along with Goniwe’s cousin, Mbulelo Goniwe, and former student, Fezile Donald ‘Madoda’ Jacobs, came under increasing police surveillance. On 27 June 1985, the Cradock Four left on a business trip to Port Elizabeth. As the rural organiser for the UDM, Goniwe would routinely address the organisation’s leadership there. The other three men went along to accompany him. That evening, on their way back to Cradock, the four were arrested at a roadblock set by the Security Branch. All four were arrested, assaulted, and murdered. Mkhonto and Mhlauli were found in a dump near Bluewater Bay in Port Elizabeth. Goniwe and Calata were found in the bay a few days later. All the bodies had been badly assaulted and burnt.

The police and the government denied any involvement in the men’s deaths. However, a copy of the signal message issuing their death warrant was anonymously sent to then Transkei Province’s Minister of Defence, Major-General Bantu Holomisa. He then forwarded the communication to Transkei’s Director of Military Intelligence. The document dated early June 1985 proposed the permanent ‘removal from society’ of Goniwe, Calata and Mbulelo Goniwe.

It later emerged that the men’s surveillance and murders had long been on the Security Branch’s agenda. Then Minister of Police Adriaan Vlok had personally surveilled Calata’s house a few weeks before the murders. The matter had also been discussed in a Cabinet meeting where former President PW Botha and then Minister of Law and Order Louis le Grange were present.

Due to the mysterious and unnatural circumstances of death, an inquest was conducted in 1987, under the Inquests Act 58 of 1959. The inquest hearing was presided over by Magistrate E de Beer. On 22 February 1989, the inquest came to an end, concluding that the Cradock Four had been killed by ‘unknown persons’. Therefore, no one was prosecuted for the assault or murder.

In 1992, the New Nation newspaper revealed the top-secret military signal that called for the ‘permanent removal from society’ of Goniwe, Calata and Mbulelo Goniwe. Then President FW de Klerk called for a second inquest into the Cradock Four’s deaths. The second inquest began on 29 March 1993, under Judge Neville Zietsman. After hearing new evidence, Judge Zietsman found that the Cradock Four’s deaths had been caused by the police. However, no individuals were named responsible. Again, no one was prosecuted.

In 1999, six former police officers involved in the arrest and murder of the Cradock Four appeared before the Amnesty Committee of the Truth and Reconciliation Commission (TRC). They included:

It was Snyman who issued the order to have the four men killed, though Taylor confessed to the murders. Janse van Rensburg and van Zyl also testified that the four had been killed because they were seen as a threat to the government. All six perpetrators were refused amnesty. Former commander of the Vlakplaas police division, Eugene de Kock, was granted amnesty, as it was determined that although he knew about the killings, he was not personally responsible for them.

Since 1994, Lukhanyo Calata, the son of Fort Calata, has been applying increasing pressure on the government to bring the perpetrators to justice. In 2018, Lukhanyo Calata met Shaun Abrahams, then National Director of Public Prosecutions (NDPP). Abrahams informed him that a reopened investigation was underway. However, court papers later revealed that the Hawks investigators assigned to the case, a Colonel Vreugdenburg and a Captain C Simpson, had been former Security Branch members themselves. The Hawks later confirmed this, and stated that the two had been removed from the case. The papers also noted that the police and the National Prosecuting Authority (NPA) appeared to have been captured by political forces and noted that their handling of TRC-related cases had been unreasonably slow.

Lukhanyo Calata believes that both the former and current government have an interest in delaying the prosecution process. For members of the former government, the longer the process is delayed, the less likely anyone can be held accountable. For members of the current government, any reopening of the investigation could become embarrassing, or even lead to criminal prosecution, as it would reveal previously unknown details of the negotiation process for democracy. Lukhanyo Calata is quoted in the Mail & Guardian as believing ‘there is a very high probability that they [the ANC] used my father’s life to negotiate for this democracy that they have today’. His allegations form part of a larger story of political interference in prosecuting TRC cases. Since his meeting with the NPA in 2018, no further action appears to have been taken on the case from the government’s side.

In the meantime, one of the perpetrators, Gerhardus Lotz, killed himself in 2016. 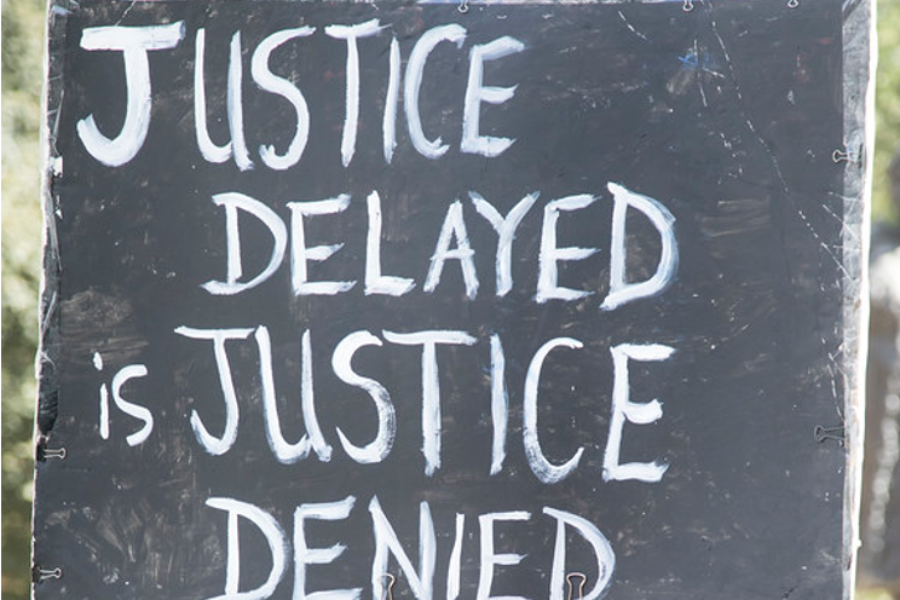 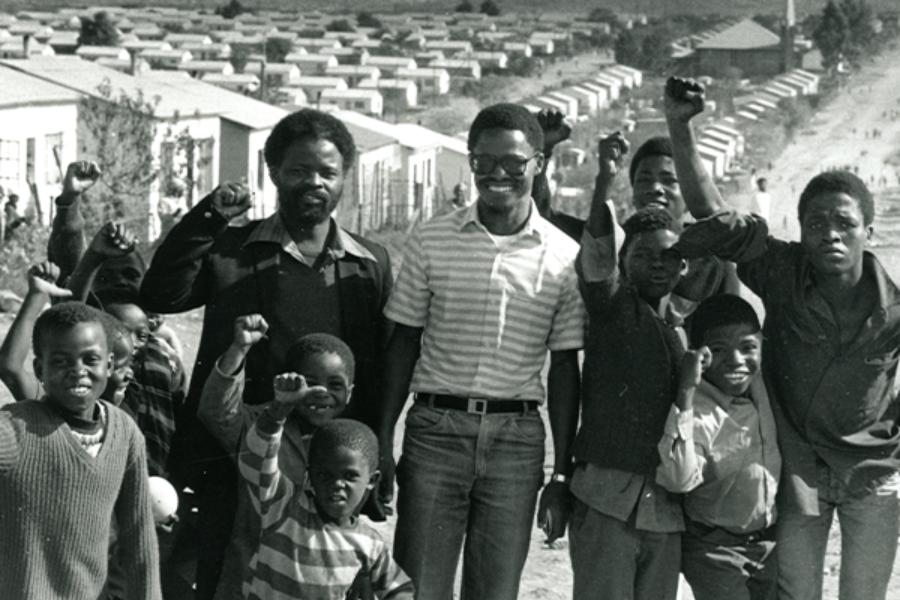 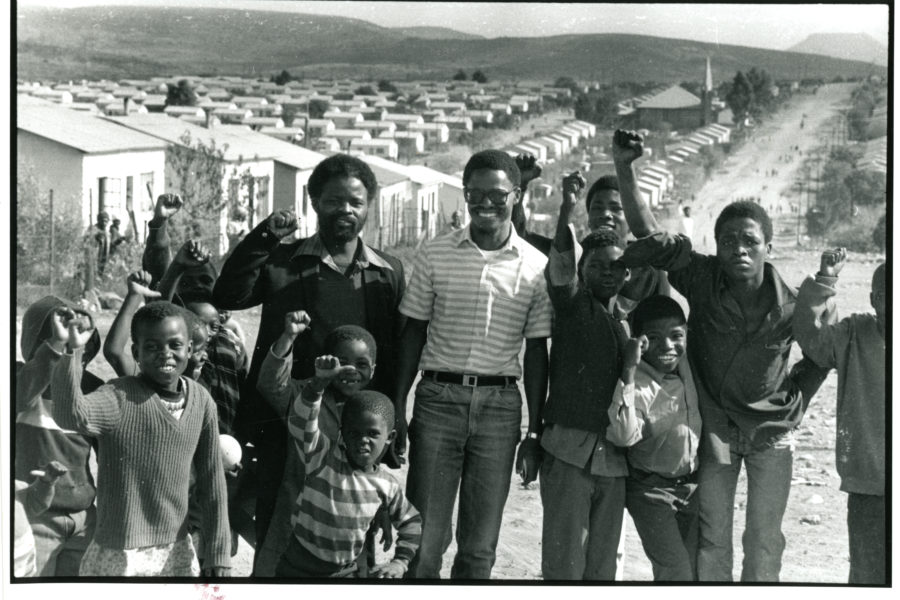 Goniwe is born
Mhlauli is born
Mkhonto is born
Calata is born
All the men are arrested at various times for political activism
Cradock Four are assaulted and murdered
Inquest finds ‘unknown persons’ responsible for deaths
Inquest finds police responsible for the deaths, but no individuals are held responsible
Case comes before the TRC. Six perpetrators are refused amnesty. One perpetrator is granted amnesty
Priority Crimes Litigation Unit of NPA is created
The TRC’s final report is released, stressing the need for a ‘bold prosecution policy’ in cases where amnesty has been refused
The President of SA addresses Parliament on the need for criminal accountability in TRC cases
NPA releases amendments to Prosecution Policy, effectively creating ‘backdoor amnesty’
Lotz, one of the perpetrators, commits suicide
A selection of TRC cases, including the Cradock Four’s, are placed before the NPA for further investigation and prosecution
NPA states that an investigation is underway