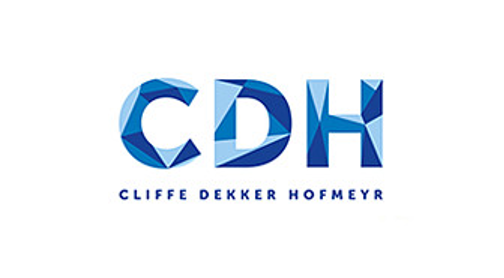 Lukhanyo Calata, the son of the late Fort Calata, one of the Cradock Four, has been prevented from opening a criminal case in respect of the missing investigation docket, which disappeared from the offices of the National Prosecuting Authority (NPA) two or more years ago.

Notwithstanding the fact that the 1992 Inquest found the security forces responsible for the murder of the Cradock Four, and the denial of amnesty to most of the perpetrators by the TRC’s Amnesty Committee, nobody has been held criminally accountable – more than 35 years after the murders.

During 2019, the NPA confirmed in a meeting with the family’s legal representatives that the docket was missing and could not be located.  Earlier this year the Section Head of the Crimes against the State of the Directorate for Priority Crimes Investigation (DPCI) confirmed in a letter that the docket had gone missing while in the offices of the NPA.

Mr Calata and other family members are understandably concerned that the removal of the docket may amount to a cover-up given that the Cradock Four case has been delayed for more than 3 decades.  Their concern is heightened by the fact that senior officials of the NPA have admitted under oath that political interference suppressed the cases referred by the TRC to the NPA, including the Cradock 4 case. (See the supplementary affidavits filed by the NPA in Rodrigues v NDPP & Others [2019] 3 All SA 962 (GJ).)

Accordingly, an investigation was required into the possible concealing or destruction of the original police docket.  Multiple requests by the family’s private investigator and attorneys, Cliffe Decker Hoffman (CDH), to open a criminal case of theft of the police docket as well as defeating the ends of justice, fell on deaf ears.

On 11 September 2020, Mr Calata attended at Central Police Station in Cape Town in order to lay a criminal complaint.  Officers at this police station declined to process his complaint claiming that it could take months to transfer the complaint to Pretoria, where the NPA head office is located.

It is entirely unclear why it should take months to transfer a docket from a police station in Cape Town to one in Pretoria.  Nonetheless, on 1 October 2020, an attorney from CDH attended at the Silverton Police Station in Pretoria to lay the complaint on Mr Calata’s behalf.  He attempted to hand over an affidavit made by Mr. Calata which set out the complaint.   Senior officers at this police station refused to accept the complaint claiming that only the Independent Police Investigative Directorate (IPID) could investigate such a case. This is notwithstanding the advice offered by the family attorney that the docket went missing while in possession of the NPA not the SAPS.

The Independent Police Investigative Directorate Act 1 of 2011 authorises IPID to investigate criminal offences allegedly committed by members of the SAPS and the Metro Police Services. The IPID has no authority to investigate the NPA. The SAPS acted unlawfully in refusing to open a case of theft and defeating the administration of justice in respect of the missing Cradock 4 docket. Regrettably, this conduct is entirely consistent with the long delay and terrible neglect visited on the Cradock Four case and other crimes from the past.

This forced Mr Calata to escalate his request and on Monday his attorneys wrote to the Minister of Police and the National Commissioner of Police seeking their urgent intervention.

The prosecution of those responsible for the brutal murders of the Cradock 4 is a matter of national importance. The removal, destruction or concealment of the original docket amounts to a very serious offence. The disappearance of the docket has considerably inhibited and delayed the murder investigations. Notwithstanding, the authorities have displayed little interest in getting to the bottom of how the docket disappeared and holding the responsible persons to account.

The Foundation for Human Rights (FHR) is a grant making institution supporting civil society organizations in South Africa and the region that implement programmes which promote and protect human rights.  The Foundation’s mission is to address the historical legacy of apartheid, to promote and advance transformation in South Africa and to build a human rights culture using the Constitution as a tool.  Over the last two decades FHR has played a major role in promoting the rights of victims of apartheid crimes through supporting the recommendations of the TRC including justice and accountability for past crimes, reparations and access to the TRC archives.

The Pro Bono and Human Rights team at 166-year-old Cliffe Dekker Hofmeyr (CDH) contributes to solving South Africa’s developmental challenges by promoting constitutional values and facilitating access to justice for the disadvantaged and vulnerable.   The team offers a range of free legal services to individuals, non-profit organisations and other entities engaged in human rights or public interest work.

Background to the Cradock 4 case:  https://unfinishedtrc.co.za/the-cradock-four/