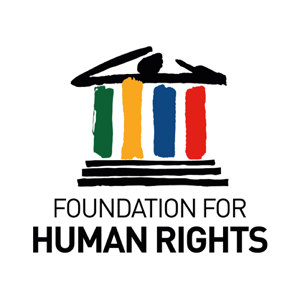 The Supreme Court of Appeal dismisses the appeal by Joao Rodrigues

The Foundation for Human Rights and the family of Ahmed Timol welcome the judgment by the Supreme Court of Appeal (SCA) dismissing Joao Rodrigues’s appeal against the Hight Court judgment that had dismissed his earlier application for the permanent stay of prosecution and refusing his leave to appeal. In 2018 Joao Rodrigues was charged with accessory to murder of Ahmed Timol – an anti-apartheid activist who was found to have been murdered in detention by the Security Branch of the South African Police in 1971.

The judgement is a resounding victory for survivors and their families, as apartheid perpetrators can no longer claim that age and infirmity or the political interference by the executive or the failure of the NPA to do its job fearlessly and independently without favour prejudices their rights to a fair trial. Furthermore, the SCA also reiterated the call by the Full Bench of the Gauteng High Court for an independent inquiry into the political interference.

Judge Cachalia, one of the Judges on the SCA bench, noted in this historic judgment, that justice would not have been possible if not for a continued and tireless efforts by the Timol family who

…have waged what can only be described as a heroic struggle with dogged determination to bring the alleged perpetrators of these crimes to trial. The public interest demands that their efforts are not in vain. [Par.60].

On 21 June 2021, the Supreme Court of Appeal dismissed the appeal by Rodrigues against the Hight Court judgment that had dismissed Rodrigues’s application for the permanent stay of prosecution and refused his leave to appeal. It means that Rodrigues criminal trial can proceed with Rodrigues’ next appearance in court scheduled for 12 July 2021. While Rodrigues is likely to approach the Constitutional Court to challenge the SCA’s judgment on review, the legal team will firmly oppose the move. The legal team is also of the view that any further taxpayer support for an appeal by Joao Rodrigues to the Constitutional Court would amount to the abuse of public funds, and hence will pursue all legal channels to stop the state paying his costs. The legal team will also argue that no further postponement of the Rodrigues’ criminal trial should be allowed as it would undermine the family’s right to truth and justice and would be in complete contravention of the interest of justice.

In October 2017, Judge Billy Mothle handed down a historic judgment in which he overturned the finding of Magistrate de Villiers that Ahmed Timol had committed suicide and no one was to be blamed for his death. Judge Mothle found that Timol had been severely tortured and killed by his interrogators. Judge Mothle ordered that Joao Rodrigues who was the last person to see Timol alive, be charged with his murder. Following the judgment and once indicted, Rodrigues brought an application to permanently stay his prosecution, which was heard by a Full Court of the Gauteng Division that dismissed his application in June 2019, and in September 2019 refused his leave to appeal. Rodrigues contended that it was unfair to charge him some 47 years after the death of Mr Timol. In his application, Rodrigues cited among other things, that he had been granted amnesty by the President and that there was an agreement reached between government and other interested parties not to prosecute certain crimes including the murder of Timol. Finally, that being prosecuted in his advanced age would violate his right to dignity and therefore he should not stand trial.

In its judgment, the SCA expressed dismay at the political interference by the Executive and the President at that time that had effectively suppressed hundreds of cases arising from the Truth and Reconciliation Commission (TRC). The SCA ruled:

It was during this 14 year [2004-2017] period that the Executive adopted a policy position conceded by the State parties that TRC cases would not be prosecuted. It is perplexing and inexplicable why such a stance was taken both in the light of the work and report of the TRC advocating a bold prosecutions policy, the guarantee of the prosecutorial independence of the NPA, its constitutional obligation to prosecute crimes and the interests of the victims and survivors of those crimes. [Par.26].

The SCA also reiterated the call by the Full Court for an independent inquiry into the political interference. This call should be further understood against the continued calls by the victims and civil society organisations to the President of South Africa for the establishment of the independent commission of inquiry. In this regard, the SCA ruled:

All these considerations, either viewed individually or collectively, should have stood in the way of any such a moratorium on the prosecution of TRC era cases. That it happened despite the constitutional, legal and other considerations suggests disdain for those important considerations and interests. The Full Court rightly recommended a proper investigation into these issues by the NDPP and a determination whether any action in terms of s 41(1) of the National Prosecuting Authority Act 32 of 1998 (NPA Act) was necessary. [Par.27].

The majority judgment found that “the ineluctable conclusion in all the circumstances is that political decisions were taken by the Executive which may have affected the investigation and prosecution of the TRC cases.” It also agreed entirely with the Full Court’s finding that

…while the issue of political interference was a matter of great seriousness, the absence of detail as to why it occurred was not an impediment to the determination of the matter. There is simply no evidence showing how the political interference impacts on factors relating to whether the substantial fairness of the trial is tainted. [Par.30].

On the merits, the SCA ruled that there is no evidence that the 47 years pre-trial delay would inevitably taint the overall fairness of the trial and reiterated the findings of the Full Court that “age and infirmity would be relevant at the sentencing stage and are not grounds upon which the appellant can rely upon as a form of prejudice.” [Par.36].

Judge Cachalia issued the minority opinion in which he disagreed with the majority opinion that Joao Rodrigues had made out a proper case for the appeal to be entertained by the SCA. Interestingly, in his minority opinion Judge Cachalia observes that the obvious political interference to supress TRC cases in no way can make a prosecutorial decision wrongful. Otherwise, he stresses, this strategy could be used by powerful individuals to shield themselves from justice. By referring to the matter of a former President Jacob Zuma, Judge Cachalia emphasises:

The contention that political interference has tainted a decision to prosecute – or not to prosecute – has gained increased currency in recent years as individuals who wield political power seek to shield themselves from being held to account for their actions in criminal courts. [Par.54].

By relying on the findings in National Director of Public Prosecutions v Zuma, Judge Cachalia further states that

Applying this dictum to the present matter, it is apparent that the political interference that admittedly happened did not make the decision to prosecute the appellant wrongful. If, therefore, the prosecution is not wrongful, and no trial- related prejudice has occurred as a result of this interference, the remedy of a permanent stay is simply not competent. [Par.56].

Judge Cachalia concludes by saying that ensuring the fairness of a trial will ultimately fall on the trial judge who will have to “…be astute to whatever deficits there may be in the evidence because of the passage of time, and which may have prejudiced the appellant in conducting his defence.” [Par.61].

This much-awaited judgment would not have been possible without the dedication and commitment by  the legal team led by pro-bono counsel and attorneys, in particular Advocates Howard Varney and Thai Scott supported by Moray Hathorn and Samantha Robb from the Pro-Bono Department of Webber Wentzel.

Lindiwe Sibiya, Media and Communication Officer, FHR at lsibiya@fhr.org.za and 082 634 7154

For more information about the FHR’s Unfinished Business of the TRC Programme contact:

The Foundation for Human Rights (FHR) is a grant making institution supporting civil society organizations in South Africa and the region that implement programmes which promote and protect human rights. The Foundation’s mission is to address the historical legacy of apartheid, to promote and advance transformation in South Africa and to build a human rights culture using the Constitution as a tool. Over the last two decades, through its Programme on the Unfinished Business of the TRC, the FHR has played a major role in promoting the rights of victims of apartheid crimes through supporting the recommendations of the TRC including justice and accountability for past crimes, reparations and access to the TRC archives.