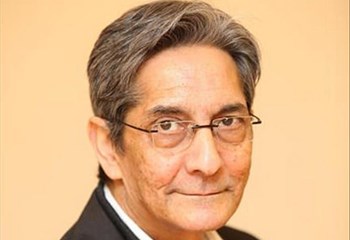 The Foundation for Human Rights is deeply saddened by the passing away of Achmat Dangor, a political activist and celebrated author, who used his immense literary skills to expose the suffering of ordinary South Africans who bore the brunt of oppression under the apartheid regime in his writings. One of his novels, Bitter Fruit was shortlisted for the Booker Prize.

His writing catapulted him onto the literary world stage where he could have basked in the limelight but he chose instead to serve the people of this country. Firstly, in establishing the Congress of South African Writers (COSAW) where upcoming local black authors could have their work published. Such was his talent that President Mandela appointed him to head the Nelson Mandela Children’s Fund where he acquitted himself as a caring and competent champion of children’s rights. He then went on to lead the Nelson Mandela Foundation to preserve and honour the legacy of Mandela.

Achmat Dangor will be remembered for the kind and unobtrusive manner in which he dealt with people from all walks of life. He treaded softly but left an indelible print on the lives of the very many people who sought his help. Our sincere condolences go out to his wife Audrey Elster and children Yasmin, Zane, Zachary, and to the Dangor family, who have been actively involved in the struggle for freedom in this country.